Congratulations to this week's official selection for the Stellar Shot of the Week, which goes to Robert Fields and his magnificent close-up of the Elephant's Trunk Nebula. Robert took this image with his SVX152T and an SBIG STL4020, and it's a fantastic up-close look at a target which is so often tackled in wide fields of view (on account of being enormous). This particular feature of the larger IC1396 complex is actually IC1396A, which is a very impressive structure of a variety of reasons discussed below. Robert's image was selected for it's impressive detail, gorgeous color palette, and perfect balance of detail versus contrast.

"The Elephant's Trunk Nebula is now thought to be a site of star formation, containing several very young (less than 100,000 yr) stars that were discovered in infrared images in 2003. Winds from these young stars may have emptied the small circular cavity at the head of the globule, which is still occupied by two older stars. The bright rim is the surface of the dense cloud that is being illuminated and ionized by a very bright, massive star (HD 206267) that is just to the east of IC 1396A. The entire IC 1396 region is ionized by the massive star, except for dense globules that can protect themselves from the star's harsh ultraviolet rays."

If anyone else shooting with a Stellarvue would like to share your work we would love to feature it as well! Please submit your shots any time by email (using mail@stellarvue.com) or by tagging them with #stellarvue and #stellarshot on social media. 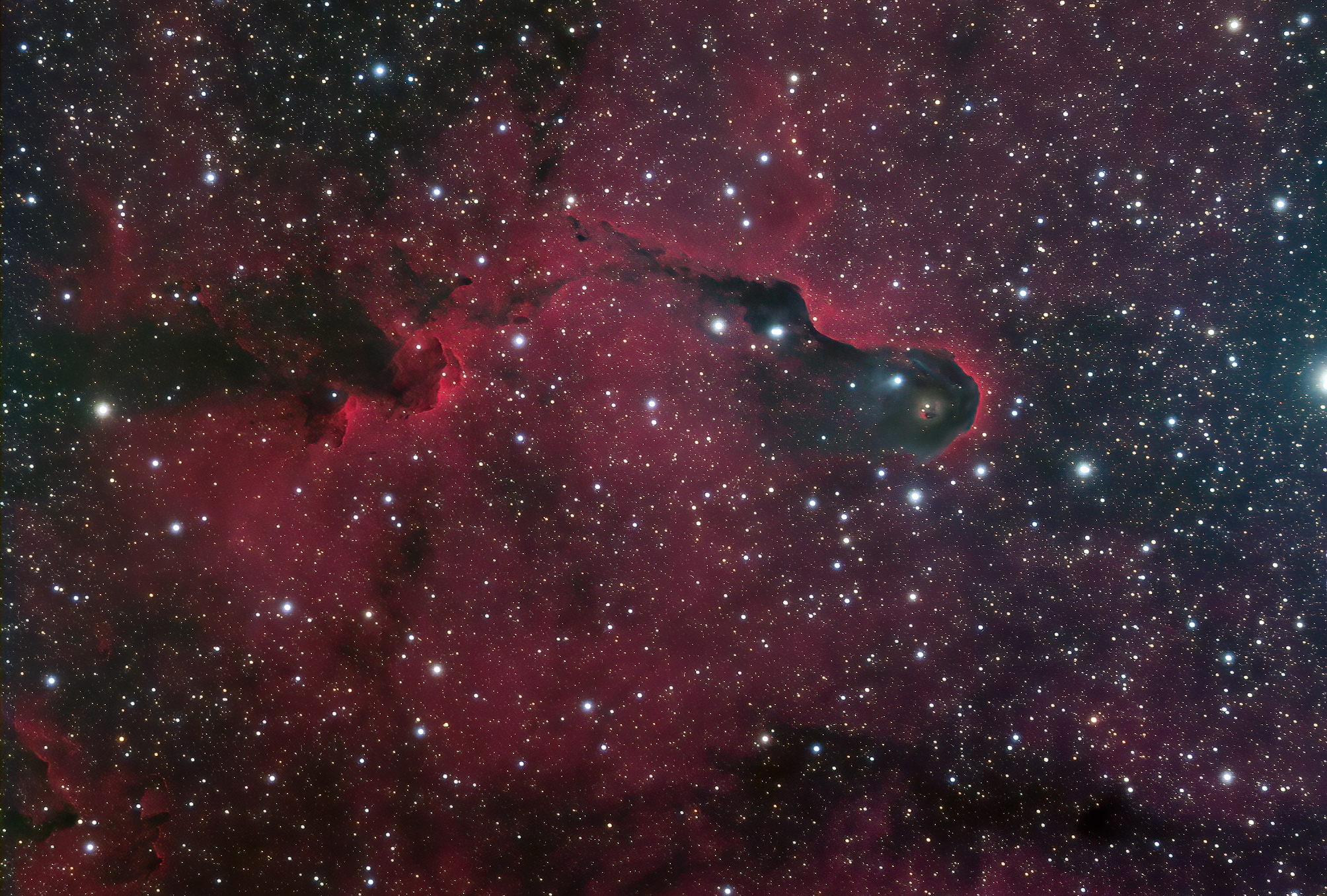