Congratulations to this week's Stellar Shot, which was taken by Raul Diaz and his SVR102T. This stunning shot encompasses the Sadr region, so named for the massive F-type supergiant star seen in the upper righthand corner of the image. Sadr is also known as Gamma Cygni, and is among the brighter stars visible in the night sky. Despite being a magnitude +2.3 Raul was able to beautifully control for any flares or halos, and Sadr looks much tamer here than in many similarly-framed image. Raul employed a collection of 3nm Astrodon filters to create this SHO image, and by the standards of our staff here it's one of the coolest SHO blends we've ever seen. In particular the balance between gas color, star color, and background color was immaculate, and his noise reduction appears to be nothing short of flawless. The smoothness of the nebula itself does not appear to detract from the overall presentation of the image, which we can only assume has come from MANY hours mastering his processing technique(s). The full version of this image (including an annotated copy) can be found on Raul's Astrobin page, so please check out the rest of his work under the username of "rediaz2000".

Great work by Raul, and if for anyone else shooting with a Stellarvue please we would love to feature your work as well! Please submit your shots any time by email (using mail@stellarvue.com) or by tagging them with #stellarvue and #stellarshot for a chance to be featured as our StellarShot of the week. 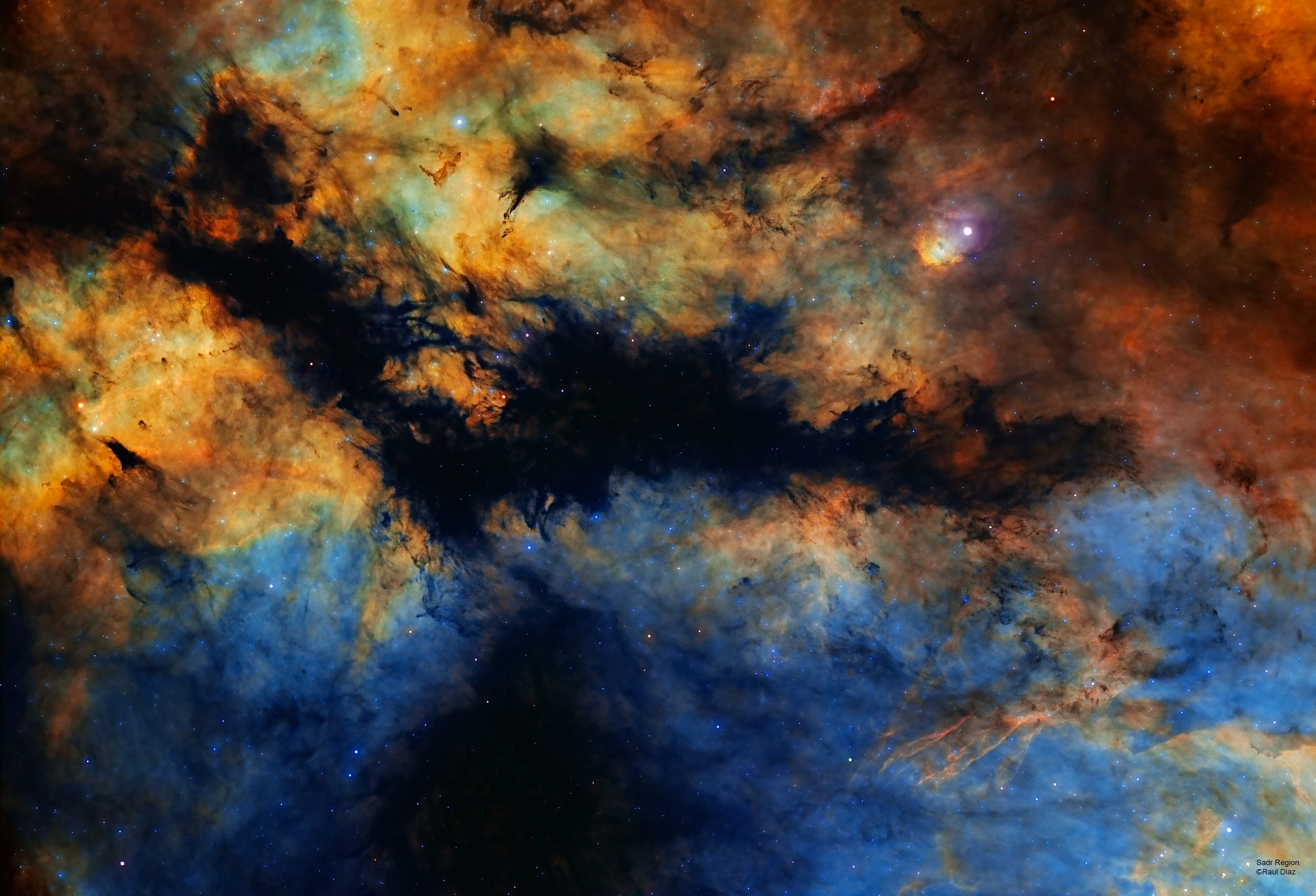