Congratulations to this week's StellarShot selection, which goes to a truly impressive image by Jon Talbot. This target has NEVER been imaged before, by anyone, so we'll let him explain what you're seeing in more detail below:

"I'm excited to announce the first deep image ever taken of the potential planetary nebula Strottner-Drechsler 44 (StDr44) in the constellation Monoceros. This object has never been imaged before and was discovered by Xavier Strottner and Marcel Drechsler in 2020. It's listed in the planetarynebula.net database.

StDr44 was discovered by Xavier Strottner and Marcel Drechsler in March of 2020. It lies close to the frequently-imaged Seagull Nebula, and is the object seen here near image center. This fascinating object takes on the shape of a heart so I thought appropriate to give the name of "The Heart in Monoceros". I collected the data from late Nov 21 into mid Jan 22 using my SVX152T and ZWO ASI6200 camera. The data was sent to the Strottner/Drechsler team in Europe and the image above was expertly processed by Marcel Drechsler. StDr 44 is very faint but shows emission in Ha and OIII bands. It's approximately 21x13 arcmin in diameter. Hopefully, in the future, this image will allow for professional spectra to be taken of this object unveiling its true nature. Within the full image there is also a large area of H-alpha emission and several other objects.

On the lower right lies another "likely" planetary nebula with the designation PHR J0701-0749. It's much smaller and looks like a typical oval shell of gas that has been ejected from the host star. It also shows a fan shaped area of Ha emission which is brighter to its north. And near the center top of the image is another small reflection nebula.

Head over to www.starscapeimaging.com for full details and a high-res version of the image."

Thanks for sharing, Jon! 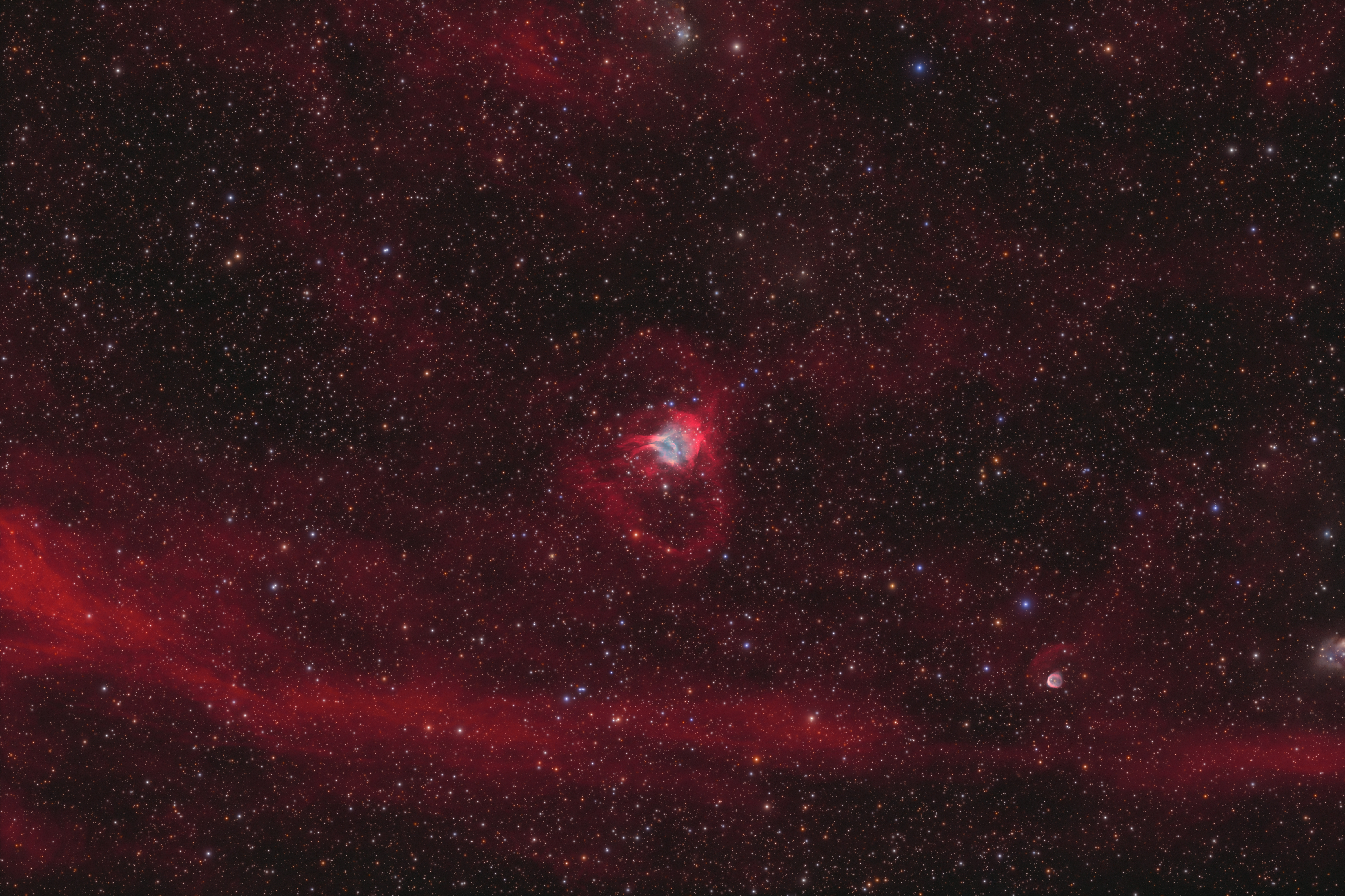