Congratulations to this week's StellarShot of the week, which goes to a uniquely-delayed first light image by John Sokol. For those of you keeping track at home this is our second first-light image in as many weeks, however unlike our previous selection this was not quite a "new" scope. We'll let John explain it in his own words, but let's just say that we've never seen a better looking example of the phrase "better late than never."

"I purchased a SV80ST-25SV APO scope and flattener from Vic at NEAF way back in 2017. I finally got around to doing some imaging with it. This is M33, the Pinwheel Galaxy. There is more faint signal around the galaxy fringes in the image, but I settled on this version as I thought the transition to the background was smoother. I don't think the Astronomical League has an award for procrastination, but if they did I think I'd earn at least an honorable mention."

Regardless of the timing we think this shot is absolutely fantastic. The 480mm of this scope a beautifully framed rendition of Messier 33, and even with just 80mm of aperture you can clearly see the star forming regions (those little magenta bits) pop out in textbook fashion. The detail in the arms is superb too, and in addition to having great taste in optics John clearly knows his way around the processing side of things too. Great work by John, and if you're shooting with a Stellarvue and would like a chance to be featured then please submit your shots by email (using mail@stellarvue.com) or by tagging them with #stellarvue and #stellarshot. 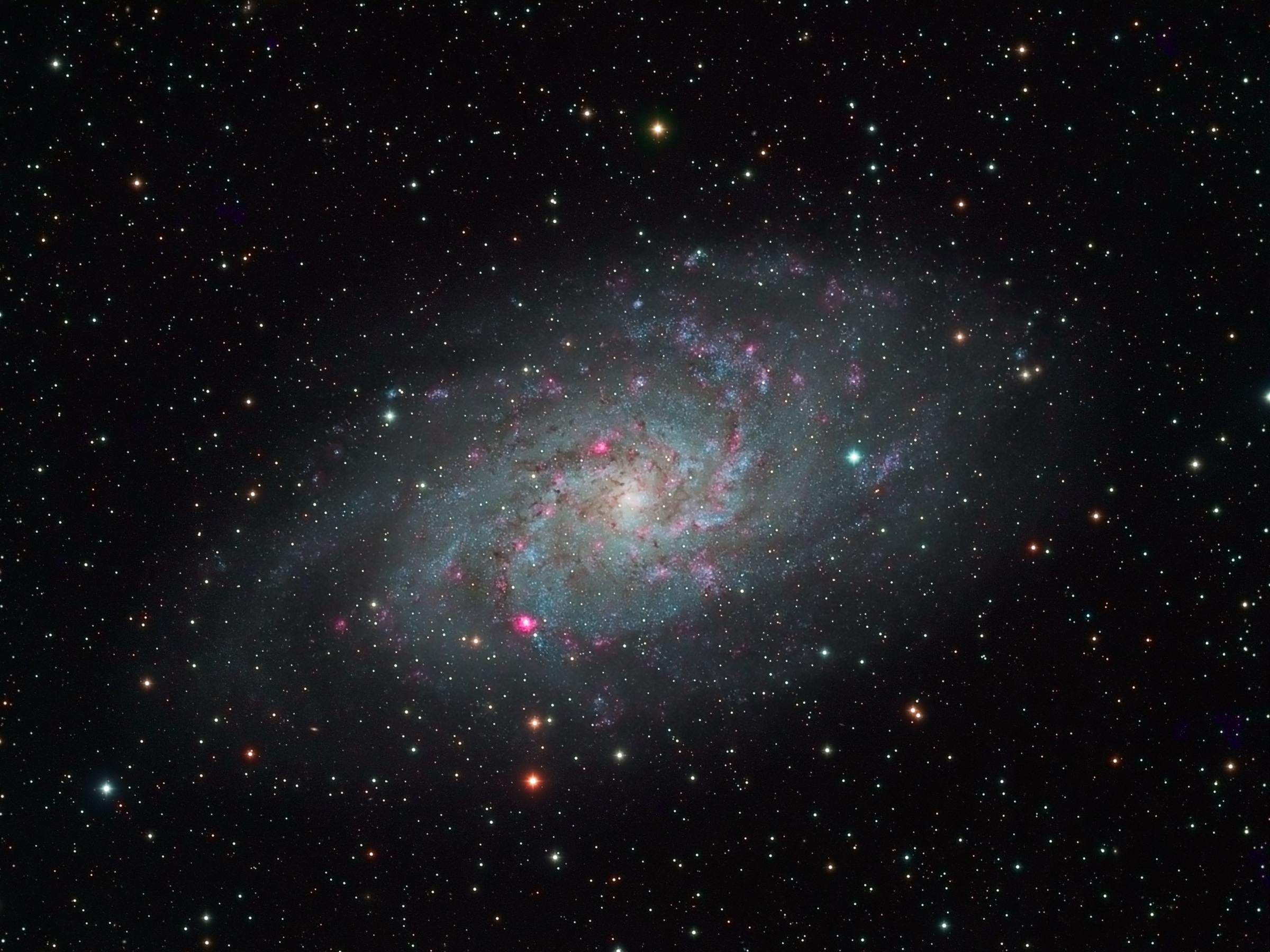